Love For The Brothers: Ken Sagoes

Noted as the first Black man to survive a mainstream horror film long enough to make it to the sequel, Ronald Kincaid first appeared in a posture of defeat. Confined to a single, padded room, shadows from the bars distorting the limited light, sitting against one of the four walls, his arms supported by his knees in an upright, fetal position. Looking up from his solemn pose, he sees Dr. Gordon looking at him through the small, rectangular window of the room. We are made aware by Dr. Gordon's exchange with Dr. Simms that Kincaid's continuous outbursts may lead to permanent isolation.

In A Nightmare On Elm Street Part 3: Dream Warriors, one of the many things that works so well is the way in which each of the 'dream warriors' represents a healthy resistance to an authority that wants them restrained, under their control and way of thinking. Say what you will about Kincaid's stereotypical "angry Black man" status and suggestive dream power of superhuman strength, a myth that has been used against Black men in the past and most certainly in the present. But really, wouldn't you be a little fed up with white people and Laurence Fishburne telling you to sleep when you know it'll kill you? His hostility was just, his immediate mistrust of  those who insist on keeping him subdued, understandable. Once you position Kincaid in the context of our racialized society and the institutions that essentially rely on it, we're able to see more than a Black man in a padded cell. And I'm pretty sure Ken "Kincaid" Sagoes knew this.

Born Kinnith Sagoes in Stockbridge, Georgia and raised in Atlanta, Ken is an award-winning film, television, and theatre writer/actor/director who has over 100 credits in his 30 year career. He is a Kennesaw State University graduate who studied writing and directing under a UCLA extension program with the likes of Marlon Brando. His non-profit organization, Giving Back Corporation provides city youth an opportunity to attend summer camps and earn school supplies for those entering college since 1997.

You may not have seen much of him since his stint as Kincaid, but he was a series regular as Darryl on What's Happening Now and has made appearances in films such as Rosewood (1997). His additional television credits include The Bernie Mac Show, The Twilight Zone, Martin, It's Always Sunny In Philadelphia, My So-Called Life, and Night Court just to name a few. Ken is currently still raising funds for his latest film, The Secret Weapon, based on the true history of how youth sparked the 1960s Civil Rights Movement. He can also be seen in the upcoming film, Marilyn: Zombie Hunter as Louie.

A man that stays on the grind, Ken is committed to social justice and entertaining audiences. It's a beautiful combination and I'm glad to know how much of an impact he's had and having behind the camera and in front. There's no shortage of horror fans who are enthusiastic still about the energy he brought to Kincaid. I'm in that camp and was lucky enough to get to meet him at Rock & Shock in Worcester, MA some years ago. He was fairly honest with me about being happy to see more people of color like myself at these conventions. I couldn't agree more. 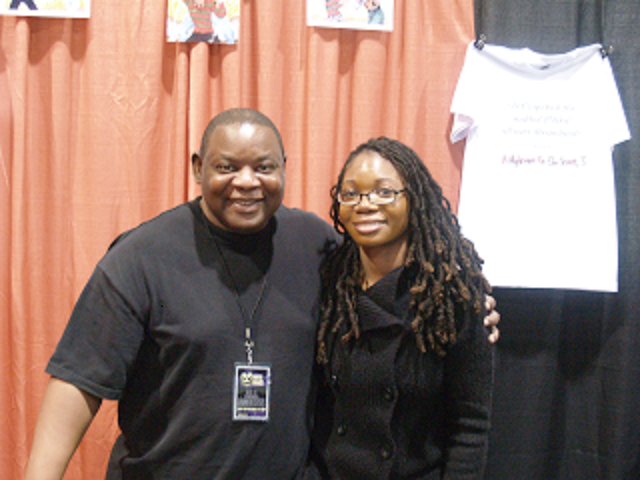 
Support Ken's latest projects through this link, check out his Facebook page and find him on Twitter (@KenSagoes)